Ok, you may or may not get the reference of the title in this installment of Gralen & Jeddy(or in this case, just “Gralen”), but there was a television show called “Wagon Train”, which I never watched, as it was a little before my time but I do remember hearing the title.
Add to that that Gralen is being a “pain” in this one, and there you have the above title.  Sometimes thinking up a good title is really hard.  And in this case darn near impossible for some reason.

But on to the cartoon.

Isn’t it bad enough that poor little ants get stepped on, sprayed, eaten by…, well… anteaters, and generally get the short end of the stick in life.  But to then get chased off of your wagon by a talking dinosaur who’s laughing as you run off, without your wagon, is really a low blow.

Apparently Gralen has never met one of those giant ants from the movie “Them!”, or else he wouldn’t be so mean to them.  I haven’t met any of them, either.  Though some of the carpenter ants I’ve seen in the house can get pretty close. 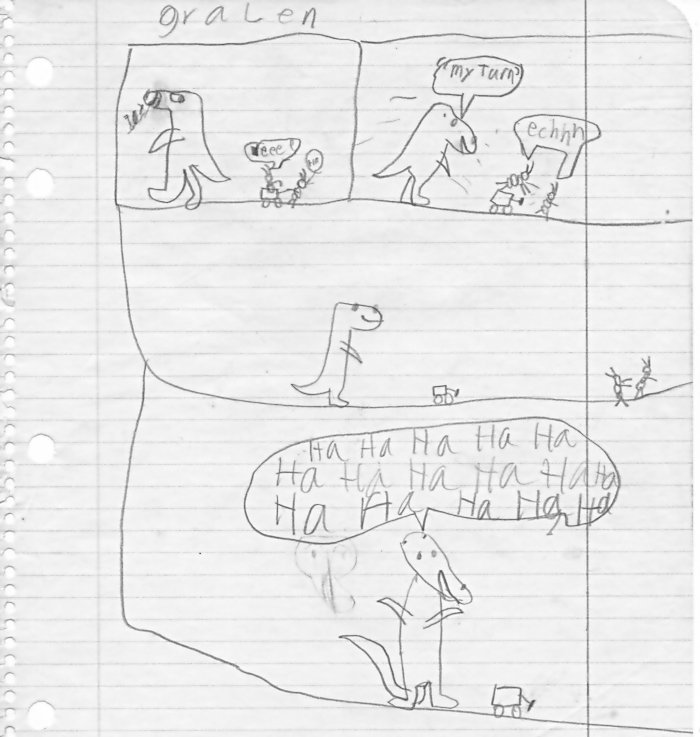